Tailgating is a Leading Cause of Auto Accidents in NJ

by We can Help Law 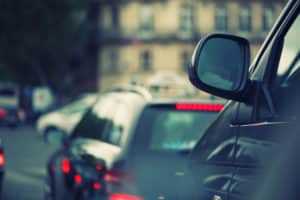 Almost everyone hates a driver who follows too closely behind their car, otherwise known as a “tailgater.” While someone tailgating you or “riding on your tail,” is inevitably irritating and stressful, it can also be incredibly dangerous. Despite the known risks and warnings against tailgating, drivers engage in the practice on roads and highways throughout New Jersey virtually everyday. In fact, the Garden State Parkway is among the best places to find tailgating offenders. Other heavily trafficked roadways are similarly precarious, with scores of drivers who ride up on the rear of the vehicle in front of them. With this in mind, it is not surprising that tailgating is a top cause of auto accidents in New Jersey. Many of these crashes result in severe injuries for other drivers and passengers, who are left to suffer the consequences of another person’s lack of care. Fortunately, if you have been injured in an accident caused by a tailgating driver in NJ, you have the right to pursue monetary damages.

How Common is Tailgating?

According to data compiled by Michelin, almost 74% of drivers state that they have been tailgated within the last six-month period. Drivers also report that tailgating is one of the most annoying and disruptive driving behaviors that they encounter on the road. The prevalence of this dangerous driving behavior may be attributable to drivers thinking that the risks associated with tailgating are low. With increasing traffic and congestion on the roads and highways in New Jersey, some drivers just cannot help themselves. Regardless of the reason, tailgating is a high risk form of driving behavior, which drivers need to avoid to prevent causing serious injury or even death to themselves and others on the road.

How Many Accidents are Caused by Tailgating?

The type of accident associated with tailgating is reasonably obvious: a rear end collision. The National Highway Traffic Safety Administration (“NHTSA”) estimates that a shockingly high 23% of all car accidents are rear-end collisions, resulting in approximately 2,000 deaths and 950,000 injuries annually. But consider this. If you are driving at 60 miles per hour, it can take you a minimum of 240 feet to stop. This includes 60 feet as you are recognizing the need to stop and then 180 feet for you to effectuate the stop. That is an extraordinarily long distance. If a driver is tailgating another car at highway speeds with barely a car-length or two ahead of them, and the car in front gets cuts off by another vehicle or must stop for any other reason, it is highly likely that a serious traffic accident will occur. You need less distance to stop at slower speeds, but the same principle applies. If someone is riding your bumper and you stop suddenly, a collision is almost certain to occur. While some of these accidents occur at traffic lights and stop signs, leading to relatively minor injuries, tailgating crashes often occur at high speeds, causing catastrophic injuries to one or more of the people involved. Tailgating accidents are particularly likely to occur in wet, snowy, or icy conditions, when stopping is more difficult at any speed.

It is well-established that tailgating can cause serious injury and in some cases, even death. Depending on the circumstances, a tailgating-related accident may cause result in whiplash and injury to the lower back, which occurs when the head snaps backward and forward quickly, potentially injuring discs, neck joints, tendons, and muscles. The structure of the lower back can similarly be affected by sudden force moving you backward and forward quickly. You can also suffer traumatic brain injury in a rear-end collision if your head strikes an object like the steering wheel in the vehicle, or if the force of the collision is so strong that your brain simply impacts against your skull with great force.

Tailgating crashes can also lead to hip and lower leg injuries, sprains, knee strains, and similar tendon and ligament damage. Such accidents frequently result in shoulder, arm, and wrist injury, particularly if an airbag strikes you or if you lock your arms holding the steering while at the time of the vehicle impact. Finally, an accident caused by a driver who is riding too close can lead to crushing injuries and death. For example, if a large vehicle like a semi-truck strikes you, crushes your vehicle, or knocks you off the road and causes a secondary collision, all of these events can result in loss of life.

Accident Caused by a Tailgating Driver, Now what?

If you suffered an injury in a car accident because of a driver who was tailgating, seeking medical attention for yourself and anyone else who was injured is always paramount. Assuming that you and those involved in have received the necessary medical care, your next step should be to find knowledgeable legal counsel. Our team of highly skilled New Jersey Car Accident Lawyers understand that you are likely shaken up emotionally and physically after being involved a rear-end collision. You may also be dealing with medical bills, time missed from work, and a lengthy road to recovery. In light of all of this, it is important to know that you may have legal options. With a successful lawsuit, you can obtain the compensation you need to alleviate the financial strain placed on you and your family. If you were injured in an accident in New Jersey, our attorneys will thoroughly investigate your case, assembling witnesses, experts, police reports, medical records, and any evidence that we can use to recover maximum damages on your behalf. Contact us now at 732-825-6120 to discuss your case and learn more in a free consultation.