Actos Injury Attorneys for Victims in Monmouth County and NJ 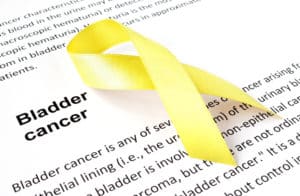 After an extensive investigation, the Food and Drug Administration confirmed a link between the use of the pharmaceutical drug Actos and an increased risk of bladder cancer. If you or someone you love has been diagnosed with bladder cancer after using the prescription drug Actos or another dangerous drug in New Jersey, contact the New Jersey Actos Injury Lawyers at our firm. You should not have to face the financial, emotional, and physical consequences alone. The lawyers at our firm will work closely with you in your Actos case. We will make sure you understand your rights under the law and will see to it that your case is properly and vigorously pursued. Our attorneys will devote time and resources to ensure that your case receives the attention it deserves.  We will take the time to understand your pain and illness.  Once we have a full grasp of your case, we will fight to obtain the compensation you deserve. Call 732-825-6120 for a free legal consultation and get answers now.

What is the Drug Actos?

Actos (pioglitazone hydrochloride) is a drug manufactured by Takeda Pharmaceuticals, a Japanese pharmaceutical company with subsidiary companies in North America. It was used by millions of patients in the treatment of Type II diabetes. It was widely recommended for use in the United States, having been prescribed to at least two million diabetic patients in 2010. Actos became a popular choice for many diabetic patients as an alternative to Avandia, another drug used in the treatment of diabetes, that has been associated with increased risk of stroke and heart attack in patients.

Actos has already been recalled in countries such as France, where the French Agency for the Safety of Health Products made the decision to recall Actos from the commercial market in June 2011 as a result of evidence linking the drug to instances of bladder cancer.  The German government has recently acted in a similar fashion, advising doctors to stop prescribing the drug Actos until further information surrounding the risks of bladder cancer is uncovered.

Upon review by the U.S. Food and Drug Administration, the FDA issued a safety communication affirming the connection between Actos (generic name pioglitazone) and an increased risk for developing bladder cancer. With regard to the dangers associated pioglitazone, the FDA states:

“As a result of an updated review, the U.S. Food and Drug Administration (FDA) has concluded that use of the type 2 diabetes medicine pioglitazone (Actos, Actoplus Met, Actoplus Met XR, Duetact, Oseni) may be linked to an increased risk of bladder cancer.”

The FDA advises that you should immediately contact your doctor if you experience any of the following signs or symptoms while taking Actos:

Bladder Cancer from Actos in NJ, What Should I do?

If you or someone you love as been diagnosed with bladder cancer after using the drug Actos for an extended period of time, contact our New Jersey Actos Injury Attorneys today. You may be entitled to compensation.  Actos lawsuits have been filed in the United States, and although scientific research is ongoing, it is important to talk to an attorney if you have been diagnosed with bladder cancer after consumption of this drug. The lawyers at our firm are experienced trial attorneys who will fight to obtain the very best outcome in your Actos bladder cancer case. Our attorneys work in conjunction with one another to obtain the best possible results for each and every client.

If you or someone you know is in need of an aggressive team of Defective Drug Lawyers who will fight for you, call us today at 732-825-6120 or simply click start your conversation via chat. We provide consultations free of charge.